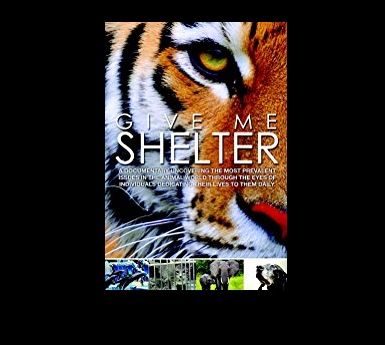 KATIE CLEARY, founder of PEACE 4 ANIMALS, discusses her global mission to save the world’s most endangered species through legislation and education, which is further explored in her award winning documentary GIVE ME SHELTER, now available on Netflix. For more information visit Peace4Animals.net and katiecleary.com

Katie is a Model/Actress turned Philanthropist/Filmmaker. Katie got her first break in the entertainment business on the hit TV show “America`s Next Top Model” Season #1.
After graduating college with a Bachelors Degree in Business & Marketing; Katie landed the role as briefcase beauty #11 on NBC’s hit show “Deal or no Deal” where she worked for over four years. She is an accomplished on-camera host with shows on the TV Guide Channel, E! News Now, and the travel show “Get Out” on HDTV. Katie has also co-starred on the hit shows “CSI NY,” “How To Get Away With Murder,” “Two And A Half Men,” “Las Vegas,” “Entourage,”“Rules of Engagement,” “Chuck,” and “Working Class.”

Katie’s main passion is advocating animal welfare issues while rescuing and rehabilitating animals and finding them forever homes. Katie founded the animal welfare organization “Peace 4 Animals (www.peace4animals.com) in 2012 and is a leader in the animal welfare community in Los Angeles. She has raised tens of thousands of dollars for many animal organizations around the world in support of the most crucial animal issues. Katie’s vision is to see a world that lives in peace with all animals and works to protect them against harmful hum
an interference. Peace 4 Animals helps to rescue, rehabilitate and find homes for domestic animals and also educates the public on the importance of rescuing animals from your local shelter rather than buying them from breeders or pet stores. Peace 4 Animals also educates the public on how to co-exist with wild and endangered species and how to protect these animals in their natural habitats. While also increasing awareness to put an end to abuse and neglect and teach people how to respect all of our planet’s most important species. Katie and Peace 4 Animals strive to make a difference by leading by example so that others can learn what they can do to make a difference right in their own backyard.

Animal loving and fashion forward people searching for a one-of-a-kind gift this holiday season that is as unique as it is compassionate and charitable will be thrilled to know that the brilliant new Peace 4 Animals Elephant Conservation Ring is now available for purchase at Peace4Animals.net.

A big ring for a big problem, the Elephant Conservation Ring is a collaboration between noted animal advocate and founder of the non-profit Peace 4 Animals, Katie Cleary, who is also a highly-successful model, actress, filmmaker and entrepreneur, and Global Guardian Designs, which designs a wide array of beautifully hand crafted pieces that sustainably give back to many different charities and causes. Created to support Peace 4 Animals Project Endangered Species, the Elephant Conservation Ring was designed by Global Guardian Designs co-owner Fia Perera and is made of sterling silver .925 with sapphire gemstones for eyes.

A significant portion of the proceeds from rings sold will go towards protecting endangered African elephants though several anti-poaching partners on the ground in Africa. Many of which, specialize in training community rangers throughout parks in Africa to combat the poaching epidemic.

“Every fifteen minutes an elephant is killed for its’ ivory in Africa,” said Cleary who noted that in 2013, more than 35,000 elephants across Africa were killed for their ivory, which is often carved and sold as ornaments, jewelry and other trinkets. “Our Elephant Conservation Ring is a beautiful and unique gift, which is even more extraordinary because it is created to help protect the remaining elephants in Africa which conservationists warn could become completely extinct by 2020.”

A multi-billion-dollar industry, China is a major importer of illegal ivory, where it’s highly prized as a luxury item that is made of dentine with an outer layer of enamel, the same components as the human tooth. Ivory dealers also trade in Japan, Hong Kong, Thailand, Vietnam, Singapore and other parts of Asia; and shockingly, the demand seems to be rising.

“Despite the efforts on behalf of many organizations to mitigate the devastating effects brought on by the poaching crisis, more needs to be done to save these truly majestic creatures.” continued Cleary who has garnered a reputation as a leader in the animal welfare community in Los Angeles and internationally; raising tens of thousands of dollars for many animal organizations around the world in support of the most crucial animal issues.

Among her many distinctions, Cleary is also the creator and executive producer of the 2015 Award-Winning Documentary Give Me Shelter which aired on Netflix and is the Founder and Producer of the network World Animal News on the popular animal news site WorldAnimalNews.com. WAN highlights the latest breaking animal welfare issues happening around the globe with guests ranging from the top animal welfare organizations, animal experts and celebrities who are passionate about raising awareness for important animal issues.

Katie has just finished producing her first Documentary “Give Me Shelter”. The film is about people who dedicate their lives to rescuing domestic, wild and exotic animals and who raise awareness for the most important animal welfare issues world-wide. “Give Me Shelter” is set to be released on February 24th 2015. Katie has produced several Star-Studded Charit y events; her first hosted by Betty White called “Diamonds Not Fur” to pass the Fur Free Bill in West Hollywood. Her second was called “Stars 4 Stripes” with Alison Eastwood, to save the last 1500 wild tigers on our planet from poachers and the illegal black market trade of their parts. Katie is also an advocate to help preserve our planet for future generations and is currently working on the Environmental Educational Act together with Judie Mancuso of Social Compassion In Legislation. Her goal is to teach children through environmental conservation, the importance of protecting our wildlife, endangered species and our natural world. She along with SCIL plan to pass a bill on a state level in California making it mandatory for all schools, grades K-Highschool to learn about these important issues.

Katie just launched her Peace 4 Animals jewelry, t-shirt and vegan purse line in which a portion of the proceeds will help her P4A Endangered Species Program. Katie is also the Host & Producer of the Radio/TV Show “World Animal News” on TRadioV.com and the popular animal news site WorldAnimalNews.com. WAN highlights the latest breaking animal issues happening around the globe with guests ranging from the top animal welfare organizations, animal experts and celebrities who are passionate about raising awareness for important animal issues.

Katie’s goal is to impact people all around the world with her philanthropic work and create positive change to help protect the planet and its precious species, so we can all live in peace together. She hopes to one day open the “Peace 4 Animals” Reserve to Rescue & Rehabilitate Endangered Species in South Africa.